A tribute to Pink Floyd

The Best of Depeche Mode

The Best of Mylène Farmer

Paris: your guide to Le Marais

Art and culture
For such a small neighborhood, Le Marais has an amazing array of museums, including the Musée Carnavalet*, specialized in Parisian history, the Maison de Victor Hugo, the Musée de la Chasse et de la Nature, and the Musée d’art et d’histoire du Judaïsme, but if you haven’t got the time (or the inclination) to see all of them, there are two to prioritize.

The first is the Musée national Picasso-Paris, where you’ll find one of the most significant collections of the Spanish artist’s work inside a gorgeous 17th-century mansion. The 5,000 paintings, sculptures, and sketches were donated to the French state by Picasso’s family in lieu of paying inheritance tax. Temporary exhibitions typically highlight (relatively) underappreciated aspects of Picasso’s work or his relation to other artists. In 2017, his marriage to and numerous depictions of Olga Picasso will be the focus. For a mid-visit refreshment, head to the rooftop café overlooking the courtyard.

The Maison Européene de la Photographie (MEP), which lies south of the rue Rivoli, the neighborhood’s one major thoroughfare, is the second essential stop for culture vultures. The gallery mounts five seasons of shows every year, with each season featuring images from up to half a dozen photographers, some working today and others who are already considered legends of the discipline. Bear in mind that the MEP shuts for up to a fortnight between seasons while the changeover is made.

Two other places to consider adding to your itinerary are the Carreau du Temple, which hosts events, fairs, and short exhibitions in everything from art, fashion, and design to sports and politics, and the Institut Suedois**, whose exhibitions trace the cultural links between the two nations and whose cakes rival the best of the local pastries.

Lifestyle
Le Marais offers some of the capital’s best shopping. The two main retail streets are rue des Francs-Bourgeois and rue du Vieille du Temple, which run perpendicularly to one another and have all the luxury boutiques and high street flagships you could want.
The number of innovative concept stores is also on the rise. Merci has become one of the capital’s most desirable locations in recent years, selling everything from vintage clothing and accessories to homeware, gifts, and stationary. Its Used Book Café, which features a 10,000-book library, is also a huge draw. For serious fashion lovers, trips to The Broken Arm and Tom Greyhound are also a must.

For style—or indeed life—inspiration, head to Ofr, which is hands down the coolest bookstore in Paris. You’ll likely find a dozen avant-garde publications that you’ve never heard of before but suddenly find you can’t live without having on your coffee table.
For a spot of focused people watching, the traditional venue is the Place des Vosges. This formal square in the southeast of Le Marais gets packed on sunny days so, if it’s peace and quiet you’re after, head to the tranquil courtyards of the Jardin Anne-Frank instead.

Food
For a casual bite to eat, head to the rue des Rosiers and the rue des Ecouffes for a taste of the local delicacies—falafel wraps and pastrami sandwiches. There are loads of small restaurants to choose from, a decision usually made on the basis of which has the longest line outside, but two sure-fire options are L’As du Fallafel and Florence Kahn. Miznon is also gaining a stellar reputation for its crazy-fresh dishes from the Mediterranean.
If you’re looking to buy in some groceries or pick up a snack to eat on the go, make a beeline for the Marché des Enfants Rouges, the oldest covered market in Paris—or the Maison Plisson, which has pretty much everything you could ever want under one roof including but not limited to a green grocer’s, bakery, butcher shop, cheesemonger, wine cellar, café, and terrace restaurant. You can also pick up your home cooking essentials at a local minimart but the range and quality of the produce aren’t going to have a patch on either of these.
There are also plenty of more formal dining options in Le Marais. If you’re in the mood for Italian, then it’s Baffo you should be calling for a reservation and if you want to keep it French (albeit with a very modern twist) then try Pamela Popo.

Nightlife
If there’s one thing that Le Marais has in abundance, it’s gay bars, most of which are located on the rue du Temple, the rue des Archives, or on the streets which connect the two. Just east of the main drag is Les Souffleurs, the hangout of choice for the capital’s queer hipsters. It’s open every day, with happy hour(s) from 6 p.m to 9 p.m, and has DJ sets on Thursday and Saturday. Duplex Bar is further off the beaten path but is worth the (very minor) trek thanks to its regular art exhibitions.

Transport
The easiest way to get to Le Marias is on the metro. The M11 and M8 helpfully mark its eastern and western borders, respectively, and meet in the north at République, where the M3, M5, and M9 also stop. The M1 and M7 run along its southern extent. The 29, 75, and 96 buses will drop you off in the center of Le Marais and the area is served by numerous Vélib’ stations, the hubs of the city bike rental system. The RATP interactive map can help you plan your journey. 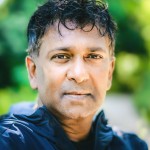